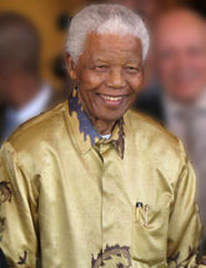 The first black President of South Africa, Nelson Mandela had led the struggle to end apartheid in white-dominated South Africa. After years of activism and armed resistance to the white Afrikaner regime, Mandela was imprisoned.  He spent 27 years behind bars (1963-1990) but time and justice were ultimately on his side.  Released in 1990, he continued to lead negotiations for a multi-racial democracy, and eventually won the presidency.  He was distinguished by his refusal to hate and his insistence on human dignity, reconciliation and "the politics of forgiveness."
​
Mandela led by example, building an unlikely friendship with his jailer.  The story of his relationship with his prison guard of nearly three decades is a prime example of forgiveness in action.  So too were his many national policies that encouraged forgiveness and reconciliation. He warned those who nurtured justifiable resentment that "resentment is like drinking poison, and hoping it will kill your enemies."  The 2009 film Invictus popularized the true story of Mandela’s efforts to promote reconciliation through rugby.  Here are some fine children’s treatments and one outstanding adult volume.

Nelson Mandela.  Long Walk to Freedom.  Abridged by Chris Van Wyk.
Illustrated by Paddy Bouma.  Flash Point, 2009. (2-4)
This is an abridged and simplified picture book version of Mandela’s own autobiography by the same name.  Its length (64 pages) makes it appropriate for second graders and older. 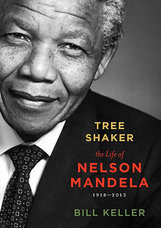 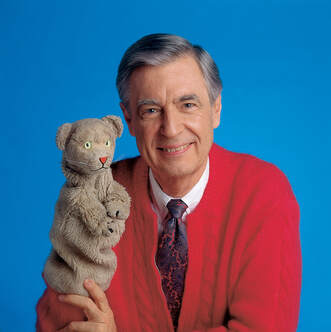 Could anyone epitomize graciousness and courtesy more fully than Fred Rogers? Creator and host of the long-running children's television series Mister Rogers' Neighborhood  (1968-2001), Fred Rogers was a daily inspiration to generations of children and parents.  An ordained Presbyterian minister, Rogers decided to go into television in 1951 because after viewing it (as he told CNN) "I hated it so, and I thought there's someway of using this fabulous instrument to nurture those who would watch and listen." His work over the next six decades modeled treating one's neighbor with courtesy, dignity, kindness, and empathy.  But more important, Fred's ready smile, his slow pace, and thoughtful manner of interaction said:  "You are worthy of love, respect, and devotion. I like you just the way you are."  And that's what graciousness ​is all about:  not impeccable manners and proper demeanor, but sincere willingness to marvel at the unique wonder of the other.  Whether "the other" is a timid tiger, an imperious King, a blind artist or any number of other unlikely guests.  Mr. Rogers had a lot to teach children about how to recognize and express their feelings,  how to live truthfully and gratefully, and as he sang at the end of every show, how to "wake up ready to say, I think I'll make a snappy new day," but his greatest gift was his graciousness:  his ability to reassure all who came in contact with him that he or she had made that day special, simply by being who they are. 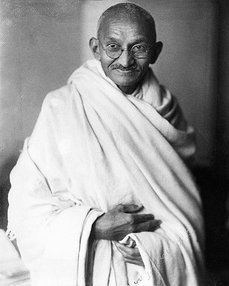 Born Mohandas Gandhi, this soft-spoken Indian lawyer turned anti-colonial nationalist, led a non-violent movement of protest to secure India's independence from Great Britain.  Gandhi was renowned for his civil rights advocacy (beginning in South Africa), his identification with the poor, his parliamentary work to ameliorate poverty, expand women's rights, end the Hindu caste system's "untouchability," and ultimately ensure India's self-rule.  But he was personally renowned for his gentleness, good humor, and courtesy.  Gandhi was the embodiment of gentleness, ensuring that even his political opponents felt welcomed in his home.  In one famous story, he invited political rival Muhammad Jinnah to his Malabar Hill home in Mumbai for negotiations. Jinnah mentioned that he was suffering from a painful rash on his foot.  Gandhi insisted that he take off his sock so he could examine it.  Taking the foot in his hand, Gandhi told Jinnah he knew just what it was he and would send a cream to cure it, which he did the next morning.  Gandhi's non-violent resistance movement was deeply rooted in his own person.  He had fought early battles with his own temper, and urged his children and grandchildren to turn away from anger and toward their opponents with courtesy and understanding.  The title "Mahatma" means "great-souled,"  and is universally applied to him today. 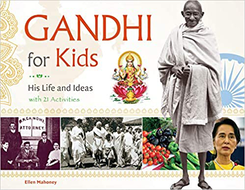 Gandhi For Kids. His Life and Ideas with 21 Activities. * Ellen Mahoney. Chicago Review, 2016. (5-8)
This is a colorfully written and well researched book.  Single chapters could be read aloud if teachers wished (for example, "Gandhi's Legacy") or it could be supplementary material for students seeking a greater understanding.  Teachers who are doing a unit on India or Gandhi will value the activities, which invite greater understanding of Indian culture.*Available on Epic!
Core Virtues Foundation Copyright © 2018