This November (2020) we remember with gratitude, the joy, love, and drive of Patty Farnsworth, who in 2000 published Core Virtues in the form we've been improving on ever since. 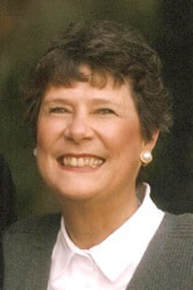 Core Virtues has had many champions and supporters, but chief among them was our first publisher, Patricia Farnsworth, founder and president of Link Institute.  Patty was a tireless warrior in the education reform debate.  Her early professional background was in Human Resources, but late in her career she returned to school, and earned her Master's degree from Stanford University in Educational Policy.  She founded Link Institute in 1996 as a non-profit organization to promote content and character in the classroom.   Patty enthusiastically endorsed the Core Knowledge Sequence as a stellar, content-rich academic program, but she was passionate about Core Virtues as the best approach to character education (the first version appeared in 1995).   Link Institute became the publisher of Core Virtues in 2000.  Link trademarked the name “Core Virtues,” and oversaw grant-writing to get the program into numerous schools.
​
​Patty always felt that she was working against the clock, having battled cancer once and won; she had a thousand "to-dos" on her desk. One was a trip to visit European schools using virtues-based character education, as well as an audience with John Paul II (May 2000), when he blessed this recently published non-sectarian work.   At Patty’s impetus and urging, Link Institute also sponsored a summit of distinguished educators and academics to explore “the link” between content and character.  This group met in Portsmouth, Rhode Island for three days in January of 2001, and issued a document known as “The Portsmouth Declaration.”  It described the relationship between intellectual and moral virtue, and the catalytic quality of the former to reinforce the latter. It was a clarion call to new standards in education.

Patty was at the Atlas/Heritage Foundation conference in April 2001, presenting the Portsmouth Declaration, when back pain and resurgent cancer claimed her energies.  Nine months later the disease took her life, but not her spirit or her life’s work.   Link Institute continued its work for four more years, phasing out its activity in 2005, but transferring the copyright and materials produced to Mary Beth Klee, who assigned them to the newly formed Core Virtues Foundation.