Heroes - Lives to Learn From​ 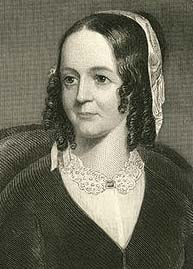 ​Writer, poet, and America’s first woman editor, Sarah Buell Hale is largely responsible for the celebration of Thanksgiving as a national holiday. The holiday had been celebrated sporadically in different states through the early 1800s and occasionally individual presidents declared a specific day of Thanksgiving. But it was Mrs. Hale’s tireless campaign to make it a national holiday that bore fruit under the administration of Abraham Lincoln during the most trying period of American History, the Civil War.

Sarah Hale’s own story was extraordinary. A native of New Hampshire, she was the mother of five children when she was widowed in 1822. To support her large family, she put quill to paper and began writing poetry, fiction, and non-fiction. Her first book of original Poems for Our Children was published in 1830 (and included her still popular “Mary Had a Little Lamb”). Sarah’s talents caught the eye of Reverend John Blake of Boston, who was publishing a popular monthly Ladies Magazine that he himself edited. Blake was bold enough to ask Sarah to take over as editor (there were no women editors in the United States). She moved to Boston and proceeded to boost circulation. When Louis Godey bought Rev. Blake’s magazine in 1837, he asked Sarah to stay on as editor.  Mrs. Hale presided as editor (or “editress” as she preferred) of the influential Godey’s Lady’s Book from 1837 to 1877 – recommending books, authors, fashions, and social causes (ranging from the education of women to the restoration of historic sites). She furthered the careers of major American writers by publishing literary essays by Washington Irving, Nathaniel Hawthorne, Edgar Allen Poe, and Oliver Wendell Holmes.

Sarah Buell Hale thought a national Thanksgiving would be a source of unity for all Americans, as well as a means of acknowledging the blessings of a bountiful land of liberty.  She pounded Presidents Taylor, Fillmore, Pierce, and Buchanan with letters urging the establishment of a national Thanksgiving holiday, as a way of encouraging both gratitude and unity.  They ignored her.  Abraham Lincoln did not.  When he received her letter in September 1863, just months after the carnage at Gettysburg, Lincoln saw the wisdom of her suggestion, and proclaimed the last Thursday in November an annual holiday.

​A splendid children’s book on Sarah Hale has not yet been written.  But teachers and children will find her extraordinary life and efforts profiled in three accounts.  The former is lively but light. The latter is more substantive. 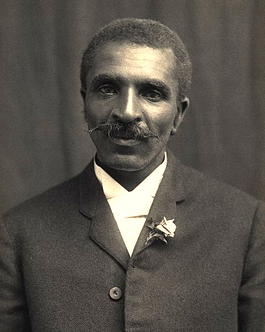 George Washington Carver  1864 - 1943
​“Regard Nature. Revere Nature. Respect Nature.”
​
That was George Washington Carver's motto.  A hero of stewardship, this extraordinary botanist, horticulturalist, artist, and professor of agricultural science researched and taught at both Iowa State and Tuskegee Institute. One biographer reminds us that “Carver sought to instill in his students the belief that it was in their best interest to treasure nature and not just take from it.”

Born into slavery in Missouri around 1864, George lost his mother at an early age.  After emancipation, he and his brother James were raised by their former masters, Moses and Susan Carver, who instilled a love of learning in the boys, and George's appetite was insatiable.  "Aunt Susan" taught him to read and write, and when he set off to school, he found that he knew more than his first teacher. His great thirst for knowledge led him from Missouri to Kansas to Iowa, where he was the first black student to enroll at Iowa State, earning both a Bachelor's and Master's degree.  He then became Iowa State's first black professor.  He acquired a vast knowledge of plants and he taught farmers how to plant crops that restored the soil. George was a man of incredible energy, talent, and generosity in sharing his knowledge. He inspires not only by his accomplishments but also by his habit of looking for a way to help in every situation. On his grave was written, "He could have added fortune to fame, but caring for neither, he found happiness and honor in being helpful to the world."  We are fortunate to have MANY excellent children's biographies of this great man. 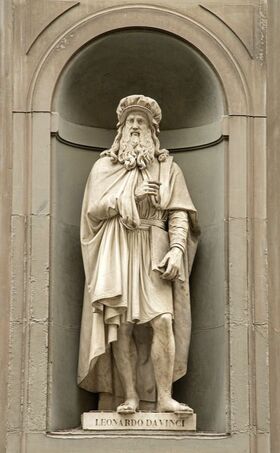 "To wonder is to stand in awe before the unexplained."

"Wonder is the first step on the path to knowledge."

Few human beings have embodied the intellectual and spiritual virtue of wonder more brilliantly than the original "Renaissance Man," Leonardo da Vinci. Renowned first as a painter, Leonardo was fascinated by almost everything about the natural world:  the human body, light, air, movement, and how to render beauty and grace on canvas, bronze, or stucco.  He received little formal education, but throughout his life, insatiable curiosity propelled him beyond art.  Spellbound by the workings of nature and a born tinkerer, Da Vinci studied anatomy, mathematics, mechanics, and engineering, figuring out ways to channel the Arno river and coming up with designs for the first "flying machines" (based on the flight of birds), parachutes, steam cannons and more.  While we can attribute much of his work to sheer genius,  Da Vinci's was genius aided by his radical openness to the world around him, eagerness to understand, and delight in participating in the creative process.  That's "wonder" at its best. 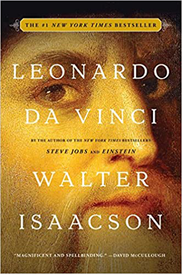 For Parents and Teachers

Renowned biographer of Benjamin Franklin, Albert Einstein, and Steve Jobs, brings his many talents to the Renaissance Man.  An outstanding portrait of Leonardo's creativity, imagination, and sheer genius -- all set in the context of his times. 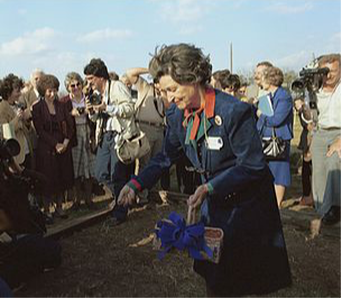 This month as we focus on gratitude, wonder, but especially “stewardship,” let’s celebrate an unsung heroine: Lady Bird Johnson.  There was a time when our nation’s highways were flanked by rusted cars, discarded tires, and tacky billboards. At a time of sadness and division in the United States (after the assassination of President Kennedy and during the Vietnam War), America’s First Lady took steps to heal the country with the quiet power of beauty.

An only child, who lost her mother at age six, Claudia Alta Taylor (nicknamed “Lady Bird” by her nanny) found solace in the pine forest and wild flowers surrounding her rural home in East Texas.  She clung to the memory of her mother holding a bouquet of bluebonnets, and eagerly awaited the first daffodil in spring.  As a girl, she paddled alone in the dark bayous “where time itself seemed ringed around by silence and ancient cypress trees, rich in festoons of Spanish moss,” she wrote.  Lady Bird fell in love with the fields of bluebonnets outside Austin where she attended college in 1930 (one of few women studying at the University of Texas).  She earned degrees in History and Journalism, but never lost her love for nature. When she moved to the nation’s capital as the wife of Congressman Lyndon Baines Johnson, she was dismayed by the weed-choked shores of the Potomac and the concrete slabs that substituted for children’s parks. Every child should know the beauty of nature, she believed. 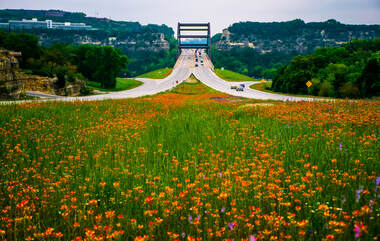 As First Lady, Mrs. Johnson stumped for her husband’s Civil Rights legislation, but she also embarked on a Capital Beautification project in Washington D.C., insisting that “where flowers bloom, so does hope.” Cherry trees and a million daffodils were planted along the banks of the Potomac, parks were made green, but the Highway Beautification Act, was her signature accomplishment.  Commonly known as “Lady Bird’s Bill,” this landmark law limited the number of billboards on the nation’s highways, ensured removal of auto heaps and junk piles, and called for the planting of wildflowers.  A steward of the environment, Lady Bird was responsible for making many of our national highways scenic roads.
​
Read more about her remarkable life and love affair with wild flowers – a passion that continued well after her retirement, when at age seventy, she founded the National Wildflower Research Center near Austin, Texas (since renamed the Lady Bird Johnson Wildflower Center). 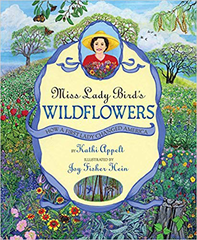