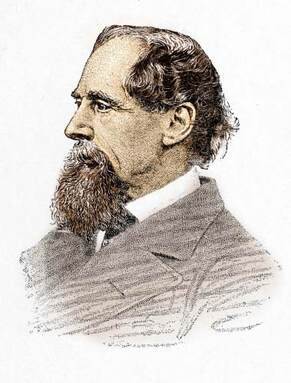 "I have always thought of Christmas time ... as a good time; a kind, forgiving, charitable, pleasant time; the only time I know of in the long calendar year, when men and women seem by one consent to open their shut-up hearts freely and to think of people below them as if they were really fellow-passengers to the grave, and not another race of creatures bound on other journeys.“

So proclaims Scrooge's nephew Fred as he ponders the hopelessly hardened heart of his miser uncle in Charles Dickens' classic, A Christmas Carol.  A concern for the “least among us” pervaded Dickens' life and suffused his novels.  It shines with particular clarity in “A Christmas Carol," beloved by generations during the holiday season for nearly 180 years.

Charles Dickens grew up in industrializing London of the early nineteenth century. As a young boy, he knew both well-being and poverty. When his spend-thrift father ended up in debtor’s prison, so did the rest of the family – except Charles. Twelve-year-old Charles was sent into the London workforce and labored ten hour days at a shoe blacking factory to help make ends meet. ("Are there no workhouses?" demands Scrooge when asked for a donation for the poor.) Dickens never forgot the degrading conditions and the scorn for the poor that he experienced.  He also came to know first-hand the crime-ridden life in London’s slums.

Later, Charles was fortunate enough to be left a modest inheritance by his paternal grandmother, and receive an education. But his concern for the impoverished, for those who lived in his city’s bleak slums never left him. He fought for the poor and abandoned with what became his sharpest weapon – the pen.  His novels, from Oliver Twist (1839) to Great Expectations (1861) artfully memorialized many of the characters and situations he had lived as a boy. Some of his books were responsible for legislation and action to improve conditions for the poor. As a father, here is the prayer he penned for his children.
"Make me kind to my nurses and servants, and to all beggars and poor people…charitable and gentle to all.”
​
The lesson of Charles Dickens’ life for children is indeed a Christmas carol: that generosity, charity, and service can be practiced in many ways – and should depend on one’s talents.  Some may go into the slums and attempt to improve lives through better education, housing, or nutrition. Others may donate funds.  Still others should pick up their pens.  But all should be attentive to the needs of fellow passengers on the journey of life.  To that end, we can think of no better hero than Dickens (we feature two picture book biographies below) and no better work this month than A Christmas Carol.

The splendid unabridged original can be read profitably at grades 4-8 and of course into adulthood!  We've also featured some delightfully written (and not quite so scary) adaptations for young children. 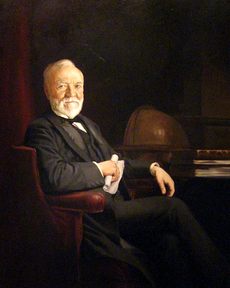 "The man who dies ... rich, dies disgraced."  Scottish immigrant, steel magnate, and one of America's wealthiest men, Andrew Carnegie believed in giving back.  Carnegie and his family came to the United States from Scotland in 1848.  The family struggled, but twelve-year-old Andrew was industrious and highly motivated.  He worked his way from "bobbin boy" at a local cotton mill in Pennsylvania to telegraph operator for the railroads to investor in steel and then Industrial Titan. Carnegie pioneered steel mills and eventually controlled the all important late nineteenth steel industry.

He made a fortune, but did not seek immense wealth for personal use.  He had a strong sense of civic duty and in his "Gospel of Wealth,"  urged all who had been blessed with riches to spend them on behalf of others. (His employees wish he had spread more of his wealth to them!) He became America's most renowned philanthropist, eventually giving away more than $350,000,000 (that's billions in today's dollars).  Carnegie wanted the doors of knowledge open to all, and he specialized in founding libraries (2,509 libraries!) across the country.  But in addition, he funded Carnegie Hall, Carnegie Mellon University, Carnegie Endowment for International Peace, Carnegie Institute for Science, and the Carnegie Hero Fund.  The medal he designed to award to his own heroes (named by the Carnegie Hero Fund) bore the inscription of John 15:13 on the outer edge: "Greater love hath no man than this: that a man lay down his life for his friends."
(Portrait From the National Portrait Gallery by an unidentified artist.) 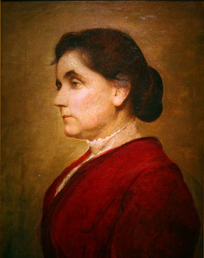 "The good we secure for ourselves is precarious and uncertain...
until it is secured for all of us and incorporated into our common life."

So wrote Jane Addams in her classic work Twenty Years at Hull House.  Jane Addams pre-dated Mother Teresa by half a century, but she was nothing short of America's own servant of the poor. She was born to privilege, but from an early age felt a sense of responsibility for helping those in need. A carriage ride with her father at age six opened her eyes to the appalling living conditions of Chicago immigrants.  She told her father she would buy the finest house in that neighborhood to live among them, understand their problems and help them.
​
Her life's work became just that: serving the large immigrant community-- Italian, Polish, German and Russian --  in Chicago's industrial district.   In 1889 at Hull House, a restored mansion in the heart of a multi-ethnic neighborhood, she and other residents worked to meet their needs and offer social and educational opportunities.  Hull House residents offered everything from babysitting, to English classes, to meals, classes on nutrition, sanitation, sewing, bookbinding, concerts, discussion groups. They provided medical help and shelter for victims of domestic abuse. The "settlement house" movement in America began with Jane Addams, but by 1920 there were more than 500 such homes in major American cities serving the large urban immigrant communities, and helping them make it in their new home.

The life of Jane Addams reminds us that we are called to serve each other, and that in a democracy, we are all in it together.  Jane was fond of saying "the cure for the ills of democracy is more democracy," by which she meant more people helping people.  How? "By mixing on the thronged and common road where all must turn out for one another, and at least see the size of one another's burdens." (Democracy and Social Ethics)
Core Virtues Foundation Copyright © 2018